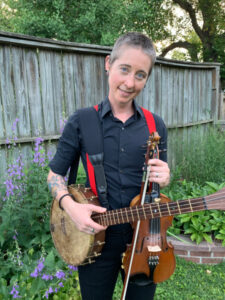 Rachel Eddy is a native of West Virginia who grew up in a musical family steeped in the traditions of Appalachian music and dance. Now based in Washington, D.C., they are known throughout the world as both a dynamic, emotionally powerful performer and an engaging, thoughtful teacher. Rachel’s soulful singing and multi-instrumental finesse—including fiddle, banjo, guitar, and mandolin—may be heard on numerous solo and collaborative recordings as well as at dances and jam sessions, where Rachel is dedicated to fostering community and sharing a love of music with others.

Rachel’s performances, workshops, and festival appearances have featured both a creative range as a soloist and an energetic engagement with fellow musicians part of various ensembles, including the Ken and Brad Kolodner Quartet, the Early Mays, and a European tour with Uncle Earl. Rachel has shared a passion for music teaching at the Alabama Folk School, Augusta Heritage Center, Common Ground, Kauffman Kamp, Nashville Fiddle and Banjo Camp, Sore Fingers, and many others. While living in Sweden from 2008-14, Rachel invigorated the Swedish old-time scene and inspired dozens of people to take up Appalachian music and dance. Always up for new artistic challenges, Rachel collaborated on the soundscape for, and performed in, the Indiana Repertory Theatre’s 2019 performance of Amber Waves.

A passionate teacher, Rachel regularly teaches private lessons as well as workshops. They are committed to ensuring an inclusive classroom, in which all students can succeed and experience the joy of developing their own musical talents—whether as beginners or long-time players. Indeed, Rachel’s students frequently remark on their teacher’s ability to lead them through a well-thought-out musical journey that leaves them more deeply connected with their instruments and inner creativity.

Rachel has four full-length albums: The Morgantown Rounders (2006); Hand on the Plough (solo, 2008); Chilly Winds (with Kristian Herner, 2010); and Nothin’ But Corn(solo, 2014). Among other recent projects, Rachel produced and performed on Roger Netherton’s eponymous debut album (2018), and was featured on Ken and Brad Kolodner’s The Swift House (2017). As part of the trio The Early Mays, Rachel has also recorded Chase the Sun (2017). Rachel has a variety of other projects underway for release in 2019 and beyond. 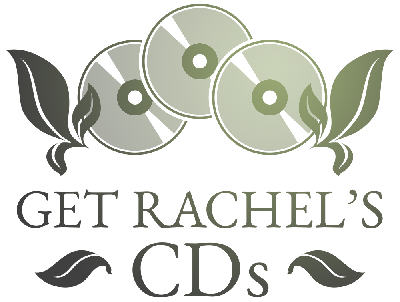